A curious cat had a fur-tunate escape after it was spotted on the roof of an Avanti West Coast train at London Euston about to depart to Manchester.

The cat was seen curled up on top of the Pendolino train 30 minutes before it was due to make its journey to Manchester on Tuesday evening (March 2), while it was stationed at the platform.

To rescue the frightened feline, the train was taken out of service and another train made available, so customers could continue their journey.

It took the purr-suasive station team and Avanti West Coast staff nearly two and half hours to safely coax the cat from the dangers of the 25,000-volt overhead lines that power the trains. A bin was pulled alongside the train to give the scared cat a platform to disembark.

Kitty is now safe and well so it’s time for a caption competition. GO! pic.twitter.com/OoZ7gArTRp

Kathrin Pranga-Wells, Lead Station Manager at Avanti West Coast, said: “The things some pets do to avoid lockdown. Thankfully, we managed to avoid a cat-astrophe but it’s a bit of a mystery how the cat got up there!”

Joe Hendry, Network Rail Station Manager for Euston, said: “We often have to deal with birds inside the station but in all my time here this is the first train surfing cat! Thankfully curiosity didn’t kill this cat and we’re glad it avoided using up one of its nine lives thanks to the swift action of the station team and Avanti West Coast staff who organised for passengers to get onto a different train for the rescue to take place.”

Seemingly unaware of how close it was to losing one of its lives, the moggy was one cool cat with station staff describing it ‘swaggering off’ after its escapade.

We own, operate and develop Britain’s railway infrastructure; that’s 20,000 miles of track, 30,000 bridges, tunnels and viaducts and the thousands of signals, level crossings and stations. We run 20 of the UK’s largest stations while all the others, over 2,500, are run by the country’s train operating companies.

Usually, there are almost five million journeys made in the UK and over 600 freight trains run on the network. People depend on Britain’s railway for their daily commute, to visit friends and loved ones and to get them home safe every day. Our role is to deliver a safe and reliable railway, so we carefully manage and deliver thousands of projects every year that form part of the multi-billion pound Railway Upgrade Plan, to grow and expand the nation’s railway network to respond to the tremendous growth and demand the railway has experienced – a doubling of passenger journeys over the past 20 years. 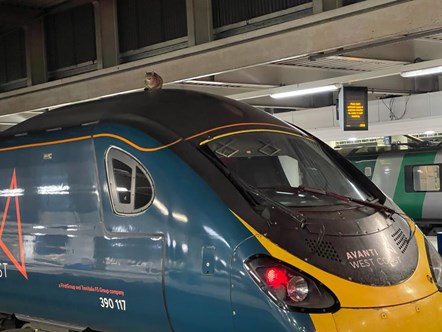 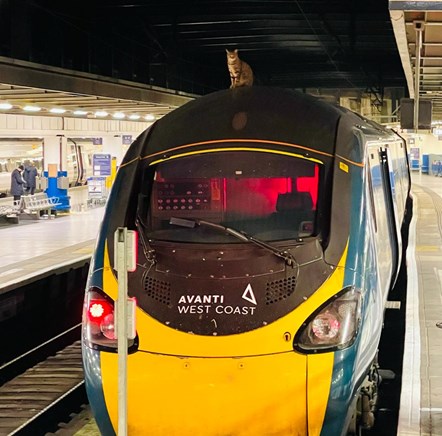