Model train enthusiasts will have the chance to get their hands on history by bidding for the very first Hornby Avanti West Coast Pendolino.

The model Hornby Trains train set, which was produced to celebrate the launch of Avanti West Coast in December last year, is set to raise hundreds of pounds for charity when it is put up for online auction on eBay.

Sporting the new livery, the money raised will go towards Action for Children. Bids can be made via the charity’s eBay site on https://www.ebay.co.uk/itm/193321784989. The auction is live and ends on 7 February.

Mounted on a wooden plinth, the Class 390 model Pendolino comprises of a leading carriage and one trailer carriage. The opening price is £249.99.

Action for Children is the employee chosen charity of Avanti West Coast’s co-owner FirstGroup, and proceeds from the sale will go towards their partnership, which provides mental health support for vulnerable and disadvantaged children across the UK.

As the new livery gradually appears on trains across the Avanti West Coast network, Hornby are taking pre-orders for the model versions. They are expected to be available from December 2020.

Richard Scott, Partnership and Strategy Director at Avanti West Coast, said: “This marks the start of Avanti West Coast’s partnership with this very worthy cause. We are very much looking forward to working with Action for Children and this fabulous auction will hopefully kick off lots of fundraising in the coming months.”

Ermelinda Ceci, Senior Corporate Development Executive, Action for Children, said: “We're so excited to be working with Avanti West Coast as part of our partnership with FirstGroup. Auctioning this incredible model train set will mean that our partnership, which supports young people on their journey to better mental health, will be able to help even more children have a safe and happy childhood.”

About Avanti West Coast - Avanti West Coast, operator of intercity rail services on the West Coast Main Line, is a joint venture between FirstGroup and Trenitalia, delivering a cleaner, greener railway that drives the West Coast forward.  We’re on a mission to revolutionise train travel, linking together the towns and major cities of the UK to create an iconic railway the country can be proud of. We’ve got big plans including a fleet of new intercity trains, as well as the complete refurbishment of the existing Pendolino train fleet. There will be 263 more train services every week by 2022 with new routes added, and a much-improved onboard service with enhanced free Wi-Fi, plug sockets, 25,000 brand new seats and improved catering. Since 8 December, passengers have benefited from improved passenger compensation, available for journeys delayed by just 15 minutes.

FirstGroup’s partnership with Action for Children - FirstGroup’s three-year partnership with employee-chosen charity Action for Children provides mental health support for vulnerable and disadvantaged children across the UK. Thanks to the efforts of FirstGroup employees and the impact of the gifts in kind donated, we have already reached a partnership value in excess of £1.5m. Together, we are helping young people on their journey to better mental health.

About Action for Children - Action for Children protects and supports vulnerable children and young people by providing practical and emotional care and support, ensuring their voices are heard and campaigning to bring lasting improvements to their lives. With 476 services in communities across the country, the charity helps more than 387,000 children, teenagers, parents and carers a year. www.actionforchildren.org.uk

About eBay for Charity  - eBay for Charity harnesses the power of eBay’s community of 183M members to raise money for charitable organisations. Through the programme charities can sell items to boost their fundraising, sellers can donate a percentage of their proceeds to a charity of their choice, while buyers can add a donation to their purchase during checkout. To date, eBay’s community has raised £160 million for UK charities. 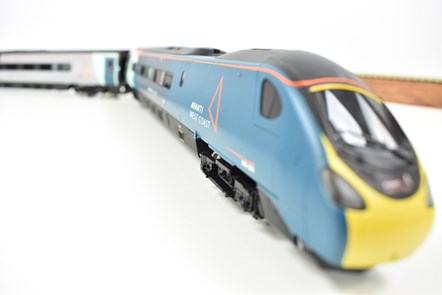 Hornby Pendolino on for auction

Hornby Pendolino on for auction 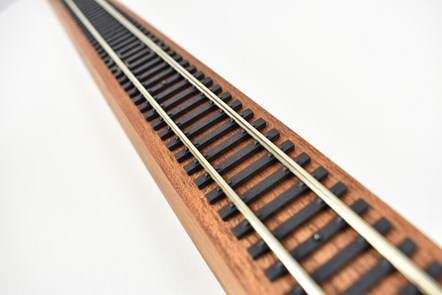