Story of most successful women's football team in history told through series of postcards with help of Avanti West Coast.

Avanti West Coast has supported young people in Lancashire to help retell the forgotten story of the most successful women’s football team in history.

A unique project created by Community Rail Lancashire (CRL) aims to raise awareness amongst a new generation of the record-breaking Dick, Kerr Ladies.

It follows the release of a short film, Granny, which commemorates one of the members of the Dick, Kerr Ladies team, Lizzy Ashcroft, and comes as England’s Lionesses prepare for the Women’s Euro 2022 Final. The film was written and produced by Blackpool-based actress Michelle Crane, who was inspired by an article penned by Lizzy’s grandson about the footballer’s life.

To build youth engagement around the short film and document an important part of history in a new way, CRL teamed up with a group of young people undertaking a supported internship programme called DFN Project SEARCH, to create a series of specially made postcards. Delivered in partnership with Lancashire County Council, Preston College and Hft (national charity providing services for people with learning disabilities), the internship is a transition to work programme for young people with learning disabilities and autism.

Working alongside community artist, Karen Allerton, the interns participated in workshops to think up ideas for the postcards’ designs that celebrate the achievements of the team and give some context in which it emerged.

To help with their inspiration, the young people travelled by train to visit the National Football Museum, where they took part in a workshop about the Dick, Kerr Ladies.

They also enjoyed a tour of Preston North End’s stadium, followed by a talk from renowned researcher and author, Gail Newsham, who has spent nearly three decades bringing the story of the Dick, Kerr Ladies to a wider audience.

Six unique postcards were produced – with the artwork designed to engage and encourage more people to take notice of the team’s importance in Preston’s football and wider social history.

The team was formed in 1917 at the Dick, Kerr & Co Ltd munitions factory and fought against the ban on women playing on the Football Association’s pitches. They continued to play matches, raising money for charity until 1965.

As part of the initiative, which was funded through Avanti West Coast’s Community Project Fund, the young people will distribute the postcards by handing them out to passengers at Preston station.

They will also write and deliver the cards to care home residents and members of the community to spark conversations and support those who may be experiencing loneliness. While CRL will give them to school, college, and community groups they work with in the local area.

Joanna Buckley, Community Manager at Avanti West Coast, said: “We want to connect young people to opportunity and by supporting this great project they have been able to experience rail travel, learn a key part of football and social history, as well as engage with the local community.

“We’re proud to have worked with Community Rail Lancashire to raise awareness of the Dick, Kerr Ladies amongst local people here in Preston, and help keep their fascinating story alive has been brilliant, as we want to champion the places we serve and celebrate their heritage. As England’s Lionesses prepare for the Women’s Euro Final, we hope this project will spark an interest in women’s football and inspire the next generation to pass on a key part of Preston’s history.”

Katie Douglas, Accessibility and Inclusion Officer at Community Rail Lancashire, said: “Community Rail Lancashire is uniquely placed to be a bridge between the rail industry and the communities they serve. With a particular emphasis on developing rail confidence amongst younger people it has been an absolute privilege to work with DFN Project Search. Their enthusiasm to learn about this important part of history and take part in a creative workshop has resulted in a set of postcards that they should be very proud of. In the words of one young person, “I felt really inspired as I couldn’t believe how much history there was about the Dick, Kerr Ladies and I liked that we got to build more independence by catching the train.”

Main image: One of the six postcards designed by young people in Lancashire as part of a unique project to raise awareness of the Dick, Kerr Ladies football team

Lancashire has five Community Rail Partnerships (CRPs) that cover a total of eight lines or routes and these are one of the biggest groups of CRPs in the country. The five are:

West of Lancs CRP – Preston to Ormskirk, Wigan to Southport & Wigan to Kirkby

DFN Project Search is an international transition to work programme committed to transforming the lives of young people with learning disabilities and autism. It is aimed at those motivated to achieve competitive employment. The programme is for 16 to 24 year olds with learning disabilities and autism who have an education, health and care (EHC) plan. The programme helps young people to prepare for employment through a mix of education and work experience placements.

The interns who were part of the project by Community Rail Lancashire, take part in three difference experience placements at Lancashire County Council to build their skills and develop a career path and work with their family, an instructor and supported employment specialist.

Hft is a national charity providing services for people with learning disabilities. We can provide support from just a couple of hours a week up to 24 hours a day. Our staff teams support people to live the best possible life.

As one of the largest and longest-established charities supporting people with learning disabilities, we are able to invest our knowledge in our staff. We help them to develop the specialist skills and expertise needed to provide the kind of support we believe in. And we try to make sure they always have the time it takes to build trusted, caring relationships with the people and families they support.

Our services range from residential care and day opportunities to supported living/domiciliary care at home – from a few hours a week to 24 hours a day. We provide support that means people with learning disabilities can experience life to the full – from enjoyment, satisfaction and improved health to finding meaningful relationships or paid employment. Our commitment goes beyond being just a high quality support provider. 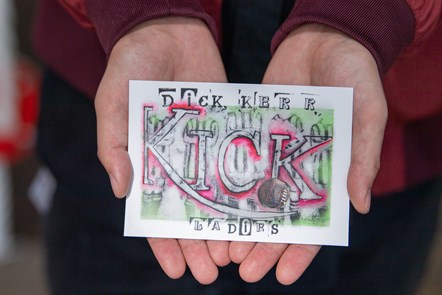 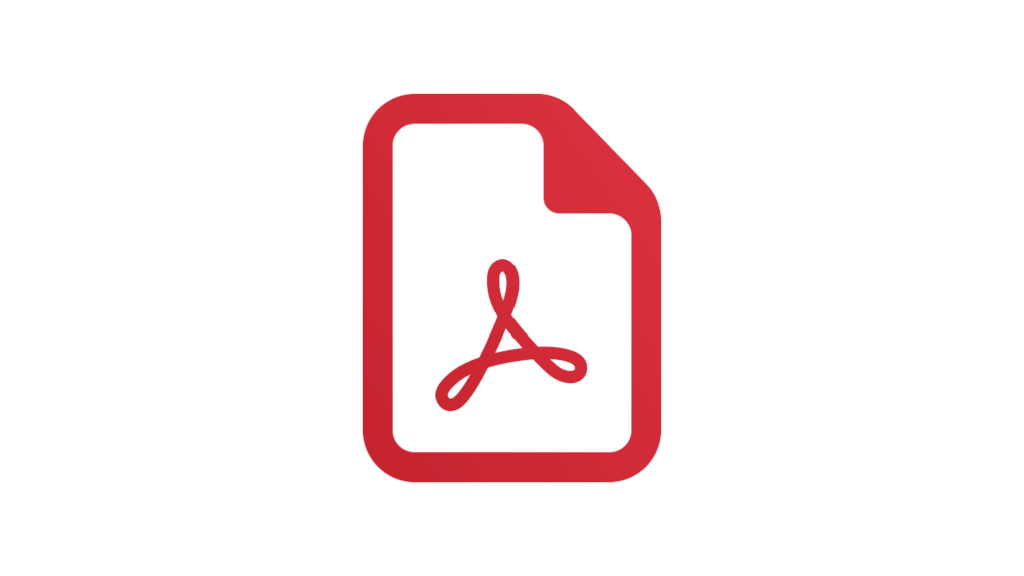 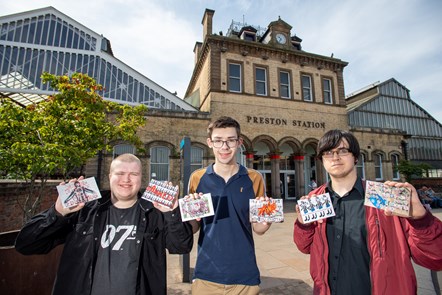 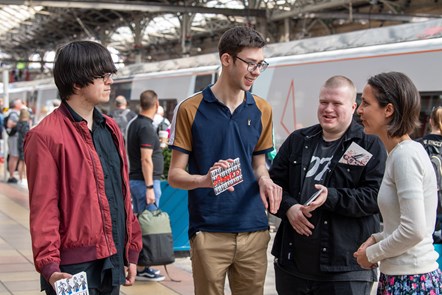 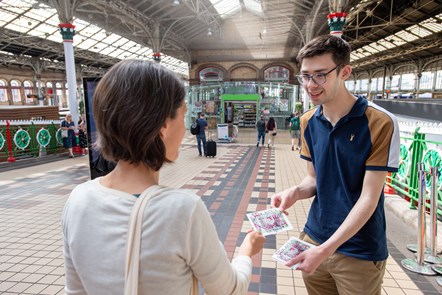 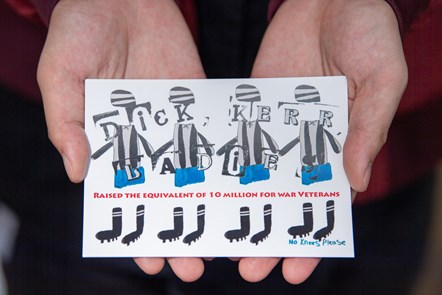 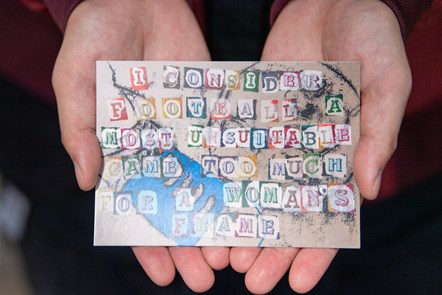 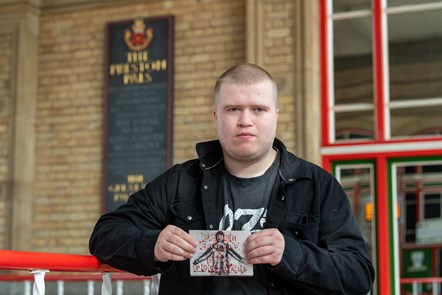 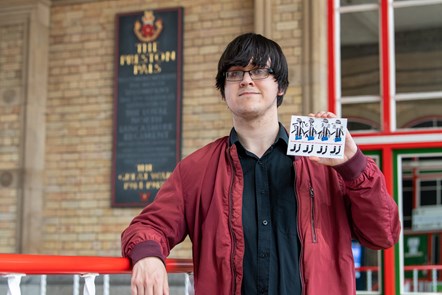