By encouraging people back to rail, the campaign will also help support the communities Avanti West Coast serves, including local businesses, and promote a more environmentally friendly travel choice.

The new campaign includes a 60 second television advert featuring Turbo whizzing around on his rollerblades and also appears on video-on-demand, out-of-home sites as well as  radio, in print and digital media, and with supporting social activations.

The majority of filming for the advert took place in an around Manchester with a selection of rural shots in the village of Castleton. The final scene shows one of Avanti West Coast’s iconic Pendolinos crossing Twemlow Viaduct in Cheshire.

Kate Squires, Marketing Director, Avanti West Coast said: “We really want to inject a feel good vibe when people think about travelling with us. That’s the purpose of this campaign.

“We’re incredibly excited to bring people back on-board and shout about all of the great reasons why it’s the best way to get around. This is the perfect way to do it.”. 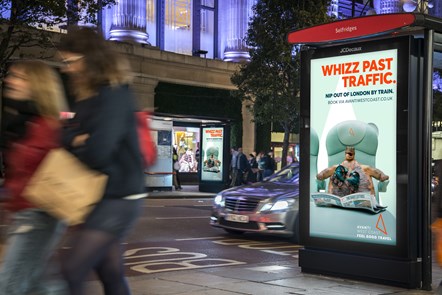