Avanti West Coast strongly advises to only travel if absolutely necessary on the next upcoming strike day on 27 July.

Avanti West Coast is again strongly advising customers to only travel if absolutely necessary on the next upcoming strike day as it prepares to operate a significantly reduced timetable.

During the fourth national strike on Wednesday, 27 July, the intercity operator is running approximately 25% of its typical weekday timetable, as part of the industry’s response to coordinated industrial action by the RMT across train operators and Network Rail. Members of the TSSA union at Avanti West Coast will also strike on the same day.

The amended timetable for further strike action on 27 July will be available in journey planners on the Avanti West Coast website from Saturday (July 23).

With fewer services running, trains could be busy, and customers are being strongly advised to only travel if absolutely necessary on 27 July. Customers are also being advised to expect a significantly reduced operation and plan ahead if they do travel. The day before and after industrial action will also be affected.

The strike will affect those intending to travel by rail to the Women’s Euros semi-final in Milton Keynes that evening and attending the opening ceremony of the Commonwealth Games in Birmingham on Thursday, 28 July.*

As part of its contingency plans during the strike, Avanti West Coast expects to run one train per hour between Euston and each of Manchester, Liverpool, Birmingham and Preston with a limited service to Glasgow.

The significantly reduced timetable will mean North Wales, Shrewsbury, Blackpool and Edinburgh have no Avanti West Coast services on the strike day.

Customers who absolutely must travel during the strike are advised to plan ahead, make a reservation when they are available and check the Avanti West Coast website and those of other train operators, before leaving home.

Managing Director of Avanti West Coast, Phil Whittingham, said: “I would like to thank our customers for being patient and understanding during the last set of strikes in June. It’s extremely disappointing that the RMT and TSSA have decided to disrupt customers lives once again and cause more misery and frustration.

“This is the beginning of the summer holidays and will ruin plans for people intending to use our services to get away on a well-earned break. It also falls on the day of the UEFA Women’s Euros semi-final and the day before the start of the Commonwealth Games, which will welcome thousands of visitors from around the world.

“We urge the unions not to press ahead with industrial action and to work with us on securing the long-term future of the railways.

“We’re strongly advising customers to only travel where absolutely necessary on our route during the strike and instead make their journeys on alternative days or claim a full refund. We understand some people will have no choice but to travel and they should check our website for the latest updates before travelling.”

Tim Shoveller, Network Rail’s North West and Central region Managing Director, said: “With a fraction of the usual workforce available, including signallers who safely move trains around the rail network, there will be a severely limited service during RMT strike action next Wednesday. Many routes won’t be served at all, once again pointlessly causing misery for millions of rail passengers.

“We can only apologise for the impact another RMT strike will have on people’s lives, especially those travelling for holidays or attending events such as the UEFA Women’s Euro 2022 semi-final in Milton Keynes and the opening ceremony of the Commonwealth Games in Birmingham. It is frustrating to yet again ask our passengers to change their plans and only make essential journeys.”

Due to the different signalling system in use on some parts of the West Coast Main Line, which is more resource-intensive to operate, the intercity operator is unable to stop trains at Stoke-on-Trent, Macclesfield, Stockport, as well as Runcorn, on the strike day and these stations will not be open.

Avanti West Coast will also not serve Wilmslow due to operational reasons.

Services on the West Coast route will be further impacted on Saturday 30 July because of strike action by the train driver’s union, ASLEF, affecting several train operating companies. Drivers at Avanti West Coast are not taking part in this industrial action, but services are expected to be very busy as a result.

*Those intending to travel to Milton Keynes for Women’s Euros semi-final on 27 July are advised to seek alternative transport as no trains will be running after the game as services finish earlier than normal.

Services to Birmingham the day before and the morning of the first day of the Commonwealth Games on 28 July will also be impacted. Customers are advised to check before they travel.

For more information about the impact of the strike action on Avanti West Coast’s services, visit:
https://www.avantiwestcoast.co.uk/travel-information/plan-your-journey/strike

Further RMT strikes are also planned for 18 and 20 August. 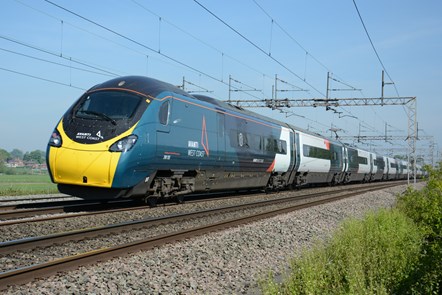