Climate Train sets off to COP26

A special 'Climate Train' operated between the Netherlands and Scotland to mark COP26.

A special 'Climate Train' operated between the Netherlands and Scotland carrying passengers to COP26, the international climate change conference in Glasgow, thanks to a partnership between Avanti West Coast, Eurostar, NS, ProRail and Youth for Sustainable Travel.

Official delegations from the Netherlands, Belgium, Italy and Germany joined young people, MEPs, and NGOs such as Friends of the Earth and Oxfam, to enjoy one of the more sustainable ways to travel between the continent and COP26.

Watch the  video of the Climate Train journey:

With a passenger's carbon footprint from one flight between Amsterdam and London the equivalent of seven Eurostar journeys1, there are significant carbon savings to be made by improving access to fast, seamless rail connections between the UK and the continent.

Rail Minister, Chris Heaton-Harris, said: “Our railways are one of the most sustainable ways for people to travel. As we host the world at COP26, I’m proud that our railway is playing its part in the fight against climate change. We are committed to achieving a net zero rail network by 2050, ensuring our railways continue to play a pivotal role in enabling greener, cleaner journeys for passengers.”

Executive Vice-President of the European Commission in charge of the European Green Deal, Frans Timmermans, who will be in Brussels-Midi station to send the train off this Saturday, said: “Taking the train to the climate summit in Glasgow is without a doubt the most climate friendly way for delegations to travel there. The train is sustainable and provides plenty of comfort, whether you travel for work or for pleasure. Moreover, inside Europe, the train is fast becoming an increasingly attractive alternative for flying, especially on shorter distances. I wish all travellers on the Climate Train an enjoyable journey and most of all I wish them plenty of success at the summit – we will see each other in Glasgow next week!”

Watch time-lapse footage of the Climate Train being wrapped:

Whilst travelling at 186mph between Amsterdam, Rotterdam, Brussels and London, youth activists joined politicians and rail experts to debate and exchange ideas, tackling topics such as how to accelerate the modal shift towards sustainable travel and how innovation in rail can support this.

On arrival in the UK, delegates made their way between St Pancras and Euston via London’s first “Wellbeing Walk” - an alternative walking route which aims to avoid high levels of pollution on the busier roads.

One of Avanti West Coast’s iconic Pendolinos, which carried delegates on the London to Glasgow part of the journey, has been fully wrapped with a unique sustainability design to celebrate the Climate Train journey. One flight between London and Glasgow is also the equivalent of almost seven train journeys. 2

A competition will be launched on social media to name the train to go alongside the design which was applied with the support of train builder Alstom, Aura Graphics and rolling stock company Angel Trains who own and invest in the Pendolino fleet.

To mark the departure of the Climate Train, rail partners across Continental Europe have signed a message to COP26 - pledging to remain the most sustainable form of motorised transport, with a call for greater support for international rail routes in order to accelerate growth in sustainable travel.

Train operators in Britain also support the UK government’s commitment to deliver a net zero railway network by 2050, which research shows could create almost 6,000 long-term jobs, and to remove all diesel-only trains from the network by 2040.

Jacques Damas, Chief Executive Officer, Eurostar said: "Pre pandemic, demand for international high-speed rail had grown consistently across two decades, as passengers increasingly recognise the benefits of train versus plane. As an industry, our challenge is to take this further, helping our customers lower their carbon footprint as we invest in routes, timetables and a seamless customer experience. The Climate Train is a symbol of partnership between rail operators and a show of commitment to meet growing customer expectations when it comes to sustainable travel. " Image: The Climate Train going through Cumbria on the way to Glasgow

Phil Whittingham, Managing Director, Avanti West Coast said: “Climate change is a serious threat to everyone on the planet and Avanti West Coast, like the wider rail industry, is committed to cleaner, greener transport for all. By uniting with operators across the continent, the Climate Train’s journey illustrates the ease of travelling between countries providing customers with a sustainable alternative.

“But our commitment goes beyond COP26. For example, in the next few years we will be replacing our diesel only trains with a combination of electric and bi-mode trains that will substantially reduce our carbon footprint and impact on the environment.”

The Climate Train concept was initiated by not-for-profit organisation Youth for Sustainable Travel and Dutch rail infrastructure manager ProRail, and became a reality thanks to collaboration with carriers Eurostar, NS and Avanti West Coast. It benefits from the financial support of all Infrastructure managers on the route (Infrabel, SNCF Réseau, Getlink, HS1) as well as SNCB and EWS Schönau. The initiative is also supported by CER – the Community of European Railway and Infrastructure Companies, EIM - European Rail Infrastructure Managers and UIC - the International Union of Railways as part of the EU Year of Rail.

About Youth For Sustainable Travel

About the Wellbeing Walk 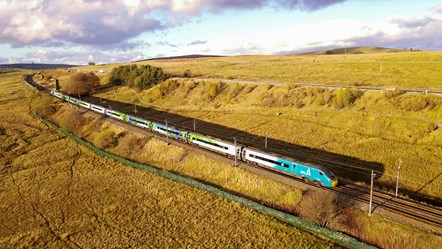 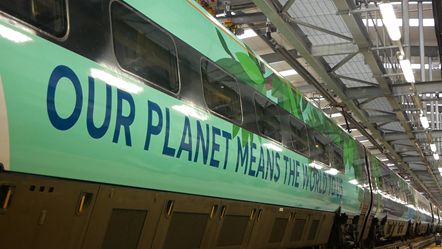 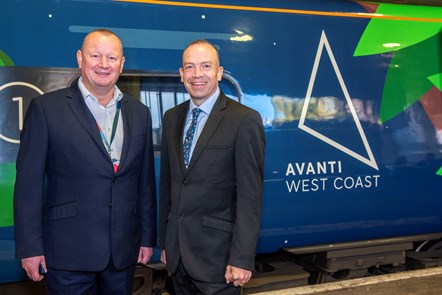 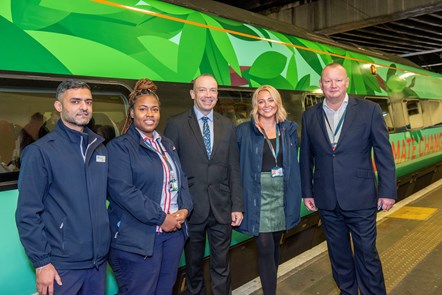 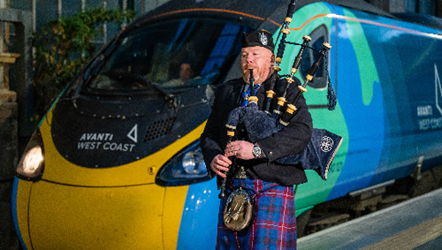